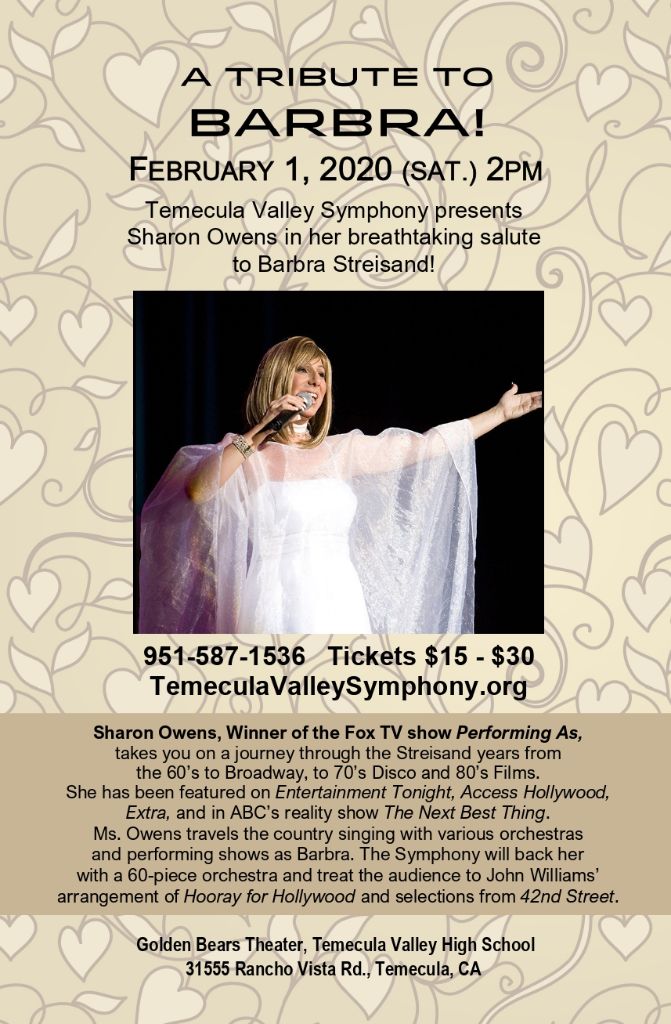 Back by popular demand, Sharon Owens joins the Temecula Valley Symphony for another breathtaking salute to Barbra Streisand! She has been featured on Entertainment Tonight, Access Hollywood, Extra, and in People Magazine. Sharon also starred in a ABC’s reality show, “The Next Best Thing” and is the Winner of the Fox TV show “Performing As…” Ms. Owens travels the country singing with various orchestras and performing as Barbra. The Symphony will back her show with a 60 piece orchestra and treat the audience to John Williams’ arrangement of “Hooray for Hollywood,” songs from “42nd Street,” and a program full of Streisand’s biggest hits!